Senior suicide is a growing problem that healthcare systems and providers can do more to prevent. Caregivers should watch for the signs.

My father recently died by suicide. 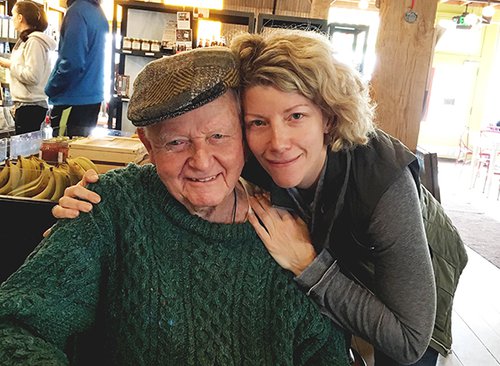 He was 97 years old, loved far beyond the half-million miles to the moon and back, and approximately 15 hours away from moving to a very comfortable nursing home to increase his health support and reduce his isolation. He was also depressed, fearful, independent as anyone has ever been, and stubborn as a mule. I use the mule simile with great respect; as one saying goes, “you don’t stay undefeated without being a little stubborn.” Dad navigated 49 bombing missions over Europe in World War II and emerged undefeated, setting the course for his life and his self-determined death.

I will not hide the fact that Dad died at his own hand; to know me is to know this painful truth. Furthermore, there’s no reason to hide it, because I don’t see it as shameful. Tragic, devastating, heartbreaking, “complicated grief” as they aptly call it, but not shameful. We need to discuss it openly, in case there is a chance that it will help someone else prevent it. Tucking it away in the shadows just gives it more power.

Based on what I know now that I didn’t know “before”, here are the things I think every family and every healthcare provider must keep top of mind.

Men over 85 have very high rates of suicide.

Older adults make up 12% of the U.S. population and a disproportionate 18% of its suicides, with numbers still growing, according to a WebMD article. I never knew this, before my Dad’s death: men over 85 have the highest rate of suicide in the U.S., according to the Suicide Prevention Resource Center.

Senior suicide attempts are also much more likely to result in death than those among younger people, for a variety of reasons including careful planning, deadlier methods and physical frailty. My Dad was in the 25% of senior suicide attempts that end in death, compared to just .5% for youths, based on the WebMD reporting. This data establishes just how serious suicidal tendencies are among senior men, in particular.

There are many reasons why senior suicide rates are so high.

To start from a place of empathy, as we always try to do, let’s take a look at some of the reasons why so many seniors are dying by suicide.

As explained in the WebMD story: “It’s really important for people to understand that people who kill themselves are trying to get rid of the physical and emotional pain they are experiencing,” says Marilyn Mendoza, PhD, a clinical instructor at Tulane University Medical School, who writes about mental health for Psychology Today. “If they could push a button and end that pain, they wouldn’t kill themselves. But they are hopeless, and that’s what leads to suicide.”

A suicide prevention program director cited in the same article says that more than 90% of people who attempt suicide have untreated or undertreated depression. There are many senior-specific contributors to depression, including having lost many loved ones, being homebound and isolated, chronic pain and loss of vision and hearing, among others. And certainly, for many seniors as with many people of all ages, the COVID-19 pandemic has increased their social isolation even further.

My Dad was a happy, optimistic guy most of his long life; yet, in recent months, as his body and mind started to decline with increasing rapidity, he started to feel more like a failure and a burden, and that things were only going to get worse, never better. He might have been right. He might have been wrong. We will never know. All I can do is share the signs with you, and ask you to heed them if you observe them in someone you know and love.

Know the signs — and consider them with the utmost seriousness.

Suicide risk needs to be taken with the utmost seriousness by both families and healthcare professionals. That sounds excruciatingly obvious, yet it doesn’t always happen — because it isn’t always obvious until after the fact. Sometimes, a senior may talk about wanting to die for years, until a change or trigger causes them to act on that impulse. Sometimes things a person contemplating suicide says seem innocuous, until you later know what they were really talking about. In other words, if you aren’t specifically looking for the signs, they can blend into the day-to-day landscape, seeming more “normal” and harmless than they really are. So keep your eyes and ears wide open for the signs.

According to Mental Health America, risk factors and warning signs of senior suicide include:

Healthcare providers can do more to help prevent senior suicide.

According to Julie Rickard, who directs the National Center for Suicide Survivors, as quoted in WebMD: “Culturally, in America, we just assume, ‘Of course older adults are depressed, of course they don’t have things to do, this is normal.’” She notes how that perspective “leaks into health care” as well. “The average age of doctors is half the age of seniors who are coming in for care, and seniors are stereotyped with the idea that it’s normal to have pain, to feel alone, and to experience multiple deaths.”

Experts emphasize that we need to have much better screening for seniors in doctor’s offices, emergency rooms, and programs that serve older adults. In fact, over half (58%) of older adults who die by suicide have seen their primary care practitioner in the last month of their life. It isn’t always taken as seriously as it needs to be.

Dr. Rakesh Ranjan, President and Founder of Charak Center for Health and Wellness, with five locations in Northeast Ohio, says there are a number of reasons the elderly in particular are disadvantaged when it comes to mental health. “Often, as people age, they develop depression, but lack an established relationship with a mental health care provider or experience navigating the mental health landscape,” says Dr. Ranjan, who is also the Medical Director at two free standing psychiatric hospitals with geriatric beds, ClearVista Behavioral Hospital in Lorain, Ohio, and Sunrise Vista Behavioral Health Hospital, in Canton, Ohio. In addition, he says, “the primary care community is often not well versed in mental health, or not well connected to behavioral health providers. The result is that the vast majority of PCPs, on whom the elderly depend, don’t have time to make a proper mental health evaluation, aren’t comfortable addressing mental health issues directly, and sometimes aren’t even equipped to make referrals. And typically, nursing homes and assisted living environments don’t have behavioral health specialists on staff to support residents.”

In our case, for example, I took my Dad to see his primary care physician six days prior to his death. The nurse who took his blood pressure also did a mental health screening — which uncovered some very serious concerns — then tucked the screening tool in a corner. The doctor was not going to reference it, until I brought it up. He then, without actually reviewing the screener, asked my Dad if he wanted to start taking antidepressants “to improve his mood,” which greatly understated the seriousness of the situation. A decision was made that my father’s depression would likely lift when he was better supported, in a week, when he was to go to the nursing home. And that was that. He never made it to the nursing home.

To be clear, I don’t blame the physician or the healthcare system. That isn’t helpful, and they aren’t ultimately in charge of my father’s mind and actions, nor am I. My father’s “fate” was the result of a lifetime of choices and events, not one primary care visit. He was extremely elderly, in poor health, and ready to die — and the next patient might not be. It’s raw and painful to run through all of the specific “if only” scenarios, and believe me, there are many of them. Yet I think we can all look at the above patient interaction and see obvious ways that the outcome might be improved, including:

What can you do?

As a healthcare provider serving seniors and their families, are you sharing these warning signs with caregivers and those accompanying seniors to their appointments?

How else might you be educating those in the community who are closest, yet perhaps unaware, about what to look for?

If someone in your life shows signs of suicide

According to multiple sources reviewed, if your loved one is suicidal, call 911, take them to an emergency room if you think you can do so safely, or call the National Suicide Prevention Lifeline at 1-800-273-8255.

Subscribe to stay in touch and learn about our latest insights into healthcare marketing. 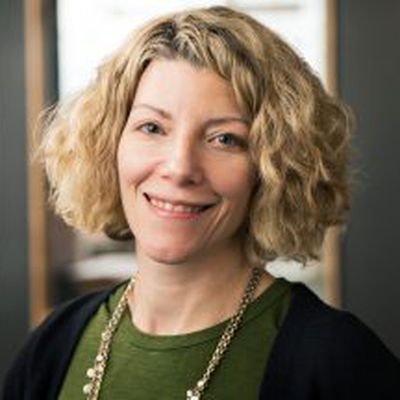 Subscribe to stay in touch and learn about our latest insights into healthcare marketing.